The three stories below are among my favorites in the change management literature. They illustrate how to build a strong emotional case for change (see my earlier post on the topic).

The first two stories are about corporate change; the last one is about changing consumer behaviour. I’ve highlighted in a different colours the sections that pertain more specifically to building the emotional case.

As reproduced by John P. Kotter and Dan S. Cohen in their 2002 book: The Heart of Change, Real-life stories of how people change their organizations, Harvard Business School Press (2002). down purchasing costs not by 2% but by something in the order of $1 billion over the next five years. [But] nothing was happening.

To get a sense of the magnitude of the problem, I asked one of our summer interns to do a small study of how much we pay for the different kinds of gloves used in our factories… I chose one item to keep it simple… she reported that our factories were using 424 different kinds of gloves! Every factory had their own supplier and their own negotiated price. The same glove could cost $5 at one factory and $17 at another…The student was able to collect a sample of every one…She tagged each one with the price on it and the factory it was used in. Then she sorted by division and type of glove.

We gathered them all up and put them in our boardroom one day. Then we invited all of the division presidents to come visit the room…It’s a rare event when these people don’t have anything to say. But that day, they just stood with their mouths gaping.

The gloves became part of a traveling road show. …The road show reinforced at every level of the organization a sense of “this is how bad it is.” …Competitive benchmarking was added to the road show. As a result, we were given a mandate for change. People would say, “We must act now,” which of course we did, and saved a great deal of money that could be used in much more sensible ways.

Even today, people still talk about the glove story.

Story of the transformational workshop to promote a coaching mindset

Excerpts from the article “The psychology of change management”, The McKinsey Quarterly (2003). 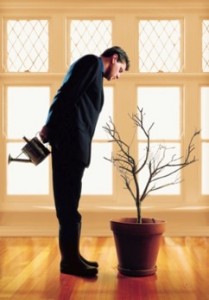 and discipline. It was succeeding only among the few managers who already believed that they should serve as coaches and counselors. Many managers saw themselves as bosses rather than teachers. To get the 1,000 most senior managers to adopt a “coaching” mind-set (and some other positive cultural attributes), the company put them all, 30 at a time, through a three-day transformational workshop, starting with the executive team.

The rational case for the importance of people development to the company’s strategy and operations was easily stated. Creating an emotional connection between the managers and the new behavior was harder. The workshop leaders asked people to discuss, in pairs, the following question: “When were you mentored in your career?” Participants had good memories of the defining moments of mentoring that had helped them achieve their current positions. They remembered the people who had the courage and interest to give them the hard feedback or encouragement they needed. Then the facilitators asked, “Whom have you mentored? How does it feel to help others develop?” These questions too prompted memories that evoked strong positive emotions.

But transpersonal psychologists think that getting individuals to have an emotional response to a required new form of behavior isn’t enough to persuade them to adopt it permanently. It must also help to satisfy their innate appetite to grow. When they view the new behavior’s meaning from this completely different perspective—not as the fulfillment of an external requirement but rather as a way of satisfying a personal need—they are unlikely ever to give it up.

The facilitators stepped up to this level of meaning when they asked the energy company’s managers, “When you leave this company, what do you want people to say about you?” Given the opportunity to think about this question, few were content to answer, “I made the company richer.” Many hoped to be remembered for the difference they had made to other people’s lives, for caring enough to help their colleagues grow. Many also realized that a big gap separated what they would like to hear, on the one hand, and what their coworkers would actually say, on the other. Often those closest to retirement, with the most to offer as mentors, felt this gap the hardest. They realized that developing other employees would satisfy their own personal aspirations, not just the company’s.

After every manager had been through the workshop, the group ranked leadership development as the second most powerfully experienced value at work. Eighteen months previously, leadership development had received no votes. The proportion of employees who said that they had received good feedback and coaching rose to 80 percent, from 30, while 75 percent said that the behavior of their managers had changed significantly.

The new values would have failed to take hold if in addition to giving employees an emotional connection to behavioral change the company hadn’t implanted the other three conditions necessary to achieve it: appropriate skills, supporting structures, and role models. The workshops helped to promote all of these conditions as well.

As told by Chip and Dan Heath in their book: Switch, How to change things when change is hard, Random House (2010). 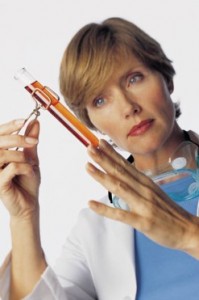 University, were contemplating ways to persuade people to eat a healthier diet. From past research, they knew that people were more likely to change when the new behavior expected of them was crystal clear, but unfortunately, “eating a healthier diet” was anything but.

Where to begin? Which foods should people stop (or start) eating? Should they change their eating behavior at breakfast, lunch, or dinner? At home or in restaurants? The number of ways to “eat healthier” is limitless, especially given the starting place of the average American diet. […]

As the two researchers brainstormed, their thoughts kept coming back to milk. Most Americans drink milk, and we all know that milk is a great source of calcium. But milk is also the single largest source of saturated fat in the typical American’s diet. In fact, calculations showed something remarkable: If Americans switched from whole milk to skim or 1 % milk, the average diet would immediately attain the USDA recommended levels of saturated fat.

How do you get Americans to start drinking low-fat milk? You make sure it shows up in their refrigerators. And that isn’t an entirely facetious answer. People will drink whatever is around the house – a family will plow through low-fat milk as fast as whole milk. So, in essence, the problem was even easier than anticipated: You don’t need to change drinking behavior. You need to change purchasing behavior.

Suddenly the intervention became razor-sharp. What behavior do we want to change? We want consumers to buy skim or 1 % milk. When? When they’re shopping for groceries. Where? Duh. What else needs to change? Nothing (for now).

Reger and Booth-Butterfield launched a campaign in two communities in West Virginia, running spots on the local media outlets (Tv; newspaper, radio) for two weeks. In contrast to the bland messages of most public-health campaigns, the 1 % milk campaign was punchy and specific. One ad trumpeted the fact that one glass of whole milk has the same amount of saturated fat as five strips of bacon! At a press conference, the researchers showed local reporters a tube full of fat-the equivalent of the amount found in a half-gallon of whole milk. (Notice the [emotional hook]: They’re going for an “Oh, gross!” reaction.)

Reger and Booth-Butterfield monitored milk sales data at all eight stores in the intervention area. Before the campaign, the market share of low-fat milk was 1 8 percent. After the campaign, it was 41 percent. Six months later, it held at 35 percent.